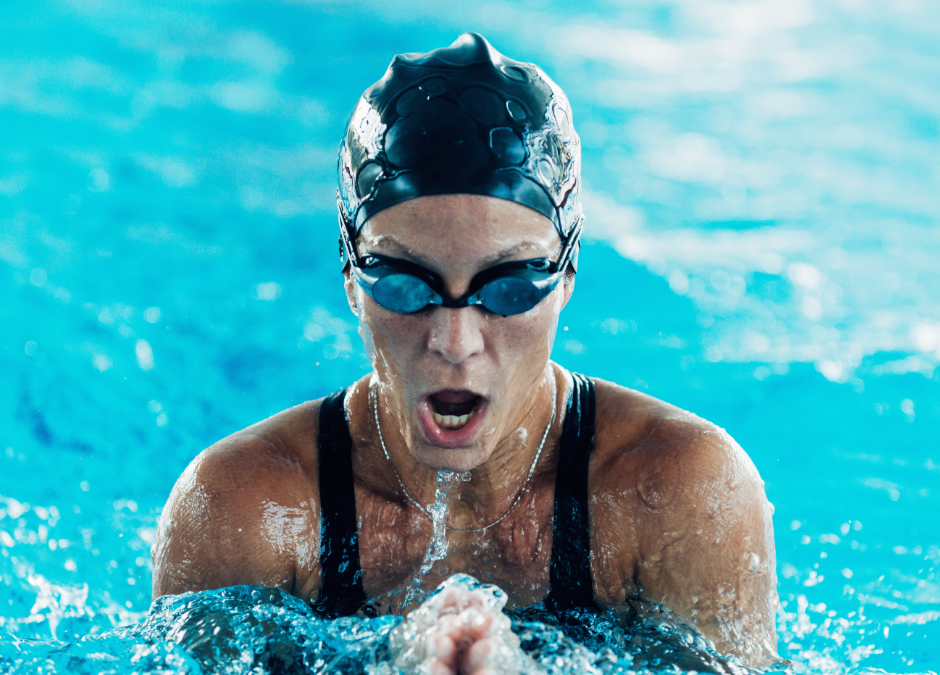 Can’t get enough of the pool? Why not stream some cinematic swimming action at home? Here are our top picks of movies from around the world which have put swimming on the big screen! 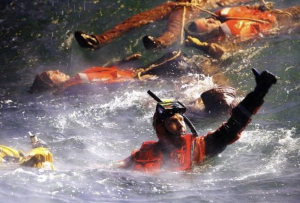 A troubled high school swim champion enrols in a tough US coastguard program where he bonds with an older swimmer over a common experience of survivor’s guilt. This movie is packed with intense rescue scenes and tear-jerking moments, you might need goggles and a nose clip to stop blubbing!

Honourable mention: The Big Blue (Le Gran Bleu) (1988), a moving story of two estranged childhood friends and now rival pro freedivers, became a cult hit when it was released. Its striking underwater visuals and breath-taking action sequences are a must-watch for diving fans. 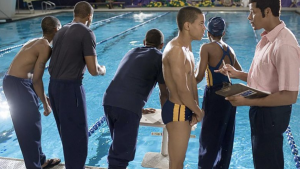 This true-life drama about Jim Ellis, a swim coach to teens from a deprived Philadelphia neighbourhood in the 1970s, is an inspirational tale of overcoming crime, prejudice and huge odds to start the city’s first African American swim team.

Honourable mentions: Two runners-up in the inspirational biopic category are Swimming Upstream (2003) – which delves into the turbulent family life of Olympic swimmer Anthony Fingleton, particularly the impact of his alcoholic father – and Breaking the Surface: The Greg Louganis Story (1997) – which recounts the champion diver’s struggles with homophobic bullying, emotional abuse, and his HIV+ status. 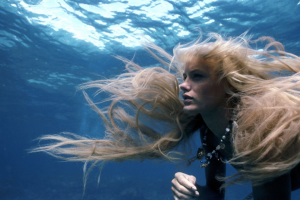 This feel-good romcom tells the story of a young man who falls in love with a woman who is also secretly a mermaid. The movie earned an Academy Award nomination for Best Original Screenplay and is the perfect light-hearted movie for an evening in.

Honourable mention: The Shape of Water (2017) is a darker version of the human-falling-in-love-with-sea-creature genre, about a mute cleaning lady who falls for a humanoid amphibian. The unlikely lovers enthralled audiences and bagged this movie 4 Academy Awards. Water Lilies (La Naissance des Pieuvres) (2007), a steamy French coming-of-age movie about the sexual awakening of two synchronised swimmers, also gets a shout out for its sharp observation teenage girls’ psyches. 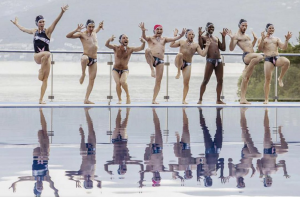 This French flick tells the tale of flamboyant underdogs ‘the Shiny Shrimps’, an amateur LGBT+ water polo team, and their journey to competition in Croatia. Perhaps a tad clichéd and predictable, but wholly uplifting and fun! Although the film is fictional, it is inspired by a real team of the same name, of which co-director Cédric Le Gallo is a member.

Honourable mention: Red Wood Pigeon (Palombella Rossa) (1989) is another (Italian) water polo comedy-drama focussing on a man who loses his memory in a car accident and attempts to reconstruct his identity through conversations with players on a trip to Sicily to play a crucial league-deciding match. Expect plenty of poolside antics!

This absorbing Australian TV series follows an ambitious 16-year-old swimmer as he joins a prestigious school through a sporting scholarship. His journey to the Olympics is fraught with harassment, identity crises and fear of failure. Based on best-selling author Christos Tsiolkas’ novel.

Honourable mention: Dive (2010) is an emotional two-part BBC drama about a teenage Olympic diving hopeful facing a difficult decision: to continue with an unplanned pregnancy or her strict training program. Strong performances by the lead actors make this an engaging watch. 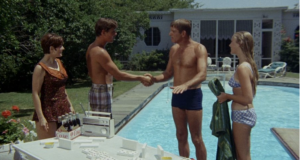 This story of an advertising exec finding himself by swimming in various pools in his wealthy neighbourhood might be more suited to pretentious film buffs than swimmers (it’s more about suburban discontentment and American self-delusion than swimming). However, it’s an intriguing, poetic and slow-burn piece of cinema worth a watch if that’s your thing!

Honourable mention: Swimming Pool (2003). This sensual suspense movie follows a British crime novelist to the South of France to find inspiration for her next book. She warms up to her publisher’s daughter in his upmarket summer house, but things take a dark turn as fiction starts to blur into reality. 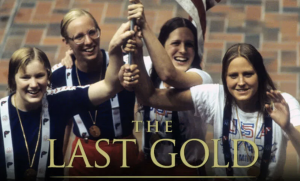 A fascinating look at one of the great untold stories in Olympic swimming: the struggle of the 1976 USA women’s swim team against an unstoppable team of doped-up East German athletes. Narrated by Emmy-winner Julianna Margulies. 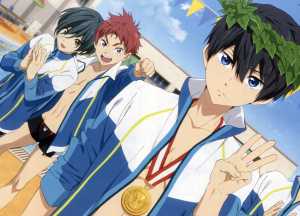 An inspiring and beautiful Japanese animated film in which four friends join the school swim team for a medley relay. Without perfect coordination and understanding, they struggle to secure a win, but eventually learn the meaning of teamwork.

Honourable mention: Finding Nemo (2003) follows a timid clownfish braving the ocean’s dangers to rescue his son and learning to embrace his fears in the process. Although not technically about swimming, the film has gorgeous ocean scenes that will tempt you to don your scuba gear! 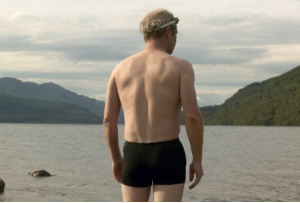 When a Scottish shipyard engineer becomes jobless and sinks into depression, he finds a new purpose by embarking on the enormous challenge of swimming across the English Channel, concealing his plan from his wife. A wonderfully feel-good movie to lift your spirits!

Honourable mention: My Brother… Nikhil (2005). In Goa, a swimming champion gets diagnosed with HIV and his life crumbles. Ostracised for his new status, he is abandoned by his family, team, and friends. However, his elder sister and boyfriend fight to give him back his dignity. 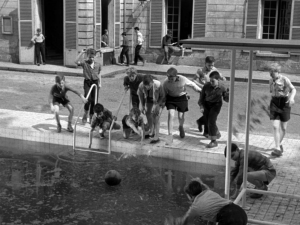 Although not exactly about swimming, a swimming pool plays a key role in this classic twisty horror. A woman and her husband’s mistress plot to murder the man in question by drowning him in a bathtub and then dumping his body in a pool to make it look like accidental drowning. However, after the murder, his corpse vanishes from the pool and strange occurrences ensue. It will keep you guessing until the raucous finale!

Have you got any good movies about swimming to recommend?