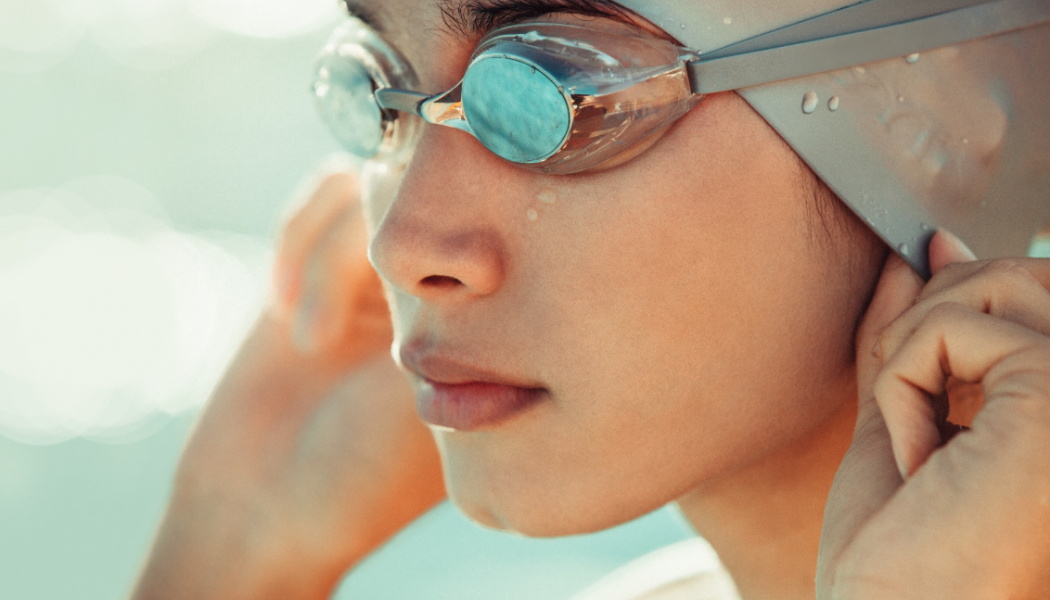 Swimming goggles have evolved over time to respond to necessity, innovations in material and design, and shifting protective requirements.

Discover the weird and wonderful ways in which creative people have perfected eyewear for each different kind of underwater activity over time!

14th Century Persia gave birth to the first known swimming goggles. These were made for pearl divers venturing into the water on expeditions to find these shiny treasures. Made from polished tortoiseshell, these near-transparent goggles permitted divers to stay in the water for longer without getting sore eyes. Although this tortoiseshell variety was widespread in the Middle East, they didn’t meet the same enthusiasm in Europe, although some sources suggest that they were imported into the Mediterranean (illustrations of Venetian coral divers wearing goggles popped up in the 16th century). 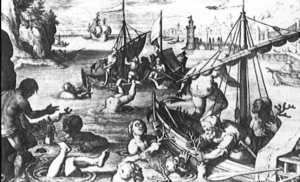 Meanwhile, divers in Polynesia entered the water with a different version of goggles. These had deep wooden or bamboo frames without lenses which instead trapped air in a bubble over the eye to encourage visibility. However, these had a few design flaws (e.g. they were not fully waterproof and could only be used in a downwards diving position, or else the trapped air escaped). Later, glass from Europe was incorporated into this Polynesian design. Although glass went some way to improving the design, there were still problems: the lenses were not always secure and fell out when flipping or diving. It was only in the 20th century that truly functional, practical, and comfortable goggles boomed in popularity. Thomas ‘Bill’ Burgess was the first known swimmer to wear leaky motorcycle goggles to swim across the English Channel in 1911. Following in his footsteps (or swim-steps?), Gertrude Ederle became the first woman to cross the English Channel wearing an improvised version of the motorcycle goggles sealed with paraffin to prevent seawater leaks. Motorcycle goggles did a fairly good job at keeping out seawater, but swimmers clearly needed something better adapted to their sport! 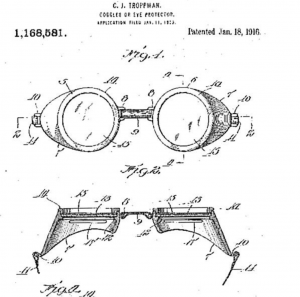 In 1916, the first underwater swimming goggle design was patented by C.P. Troppman, although his design didn’t take off. Later in the 1930s, as scuba diving became more popular as a sport, massive advances were made in mask and goggle designs. More patents and designs flourished over the 1940s, although it wasn’t until the 1950s that goggles suitable for competitive open water swimming emerged. Florence Chadwick, an American long-distance open water, wore large double-lens rubber goggles while swimming the English Channel in the 1950s, setting a new record while wearing them. However, goggles still weren’t being used in the pool… The next decade – the swinging 60s – saw several big revolutions, including one in the swimming goggle world! Advertisements for standard, one-size-fits-all swimming goggles began appearing in publications such as Swimming World magazine. However, again, these didn’t really catch on since some swimmers found them uncomfortable. Plus, goggles were seen more as a training tool and competitive swimmers weren’t allowed to use them in races or competitions. In 1969, Tony Godfrey brought out his “Godfrey Goggles”. These were a polycarbonate (a type of thermoplastic) versions of goggles that were light, thin, shatter-resistant, and hard-wearing. The revolution in swimming goggles had begun! In 1972, Scotland’s David Willkie achieved success as a first Olympian winning a Bronze Medal wearing swim goggles and hat… and this triggered mass popularity for the item! 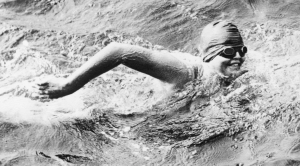 In the 21st century, goggles have become a standard piece of swimming equipment. Goggles now have advanced features built around hydrodynamics, UV ray impact, and fog-like conditions in the water. Innovations in technology have led to a dizzying variety of swimming goggles: if you want something particularly ergonomic, stretchy, versatile, shatter-proof or high-quality visibility, you can find it!

Swimming has never been better and enjoyable! And who knows where the innovation will end… some people are even in the process of designing AI swimming goggles which let you see your metrics in front of you in real-time, or which could even let you see and swim with virtual sharks and fish in your swimming pool! How awesome would that be?! Watch this space…!