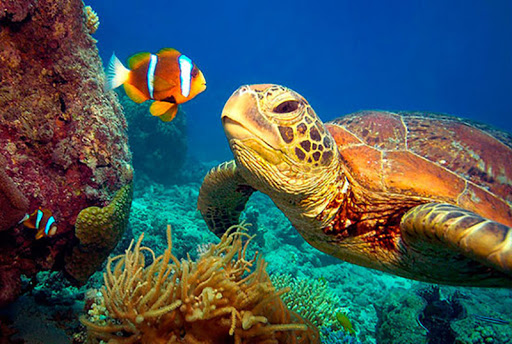 How much do you know about The Great Barrier Reef?

For starters, can you guess its size? This travel bucket list favourite is so big that it can be seen from space!

The reef – which is the largest in the world – covers a massive area of approximately 133,000 square miles or 344,400 square kilometres! To put that in perspective, imagine an area the size of Greece, Switzerland, Belgium, Norway, Holland and Ireland ALL put together, floating off Australia’s Queensland coast!

The reef isn’t just impressive for its size, but for the innumerable species that live on it. Indo-pacific humpback dolphins, dwarf minke whales, bottlenose dolphins, pan-tropical spotted dolphins, killer whales, turtles, sea snakes, sharks, saltwater crocodiles, molluscs, seagrass – not to mention about 10% of all the world fish – all live on the reef! Among the 1,500 fish species which called the reef, home are snapper, coral trout, red bass, clownfish, and red-throat emperor fish. The living coral which supports all this life is one of the planet’s extraordinary natural wonders. 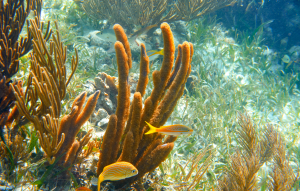 The reef’s rich biodiversity, warm clear waters and superior accessibility all come together to make it a popular tourist destination. Millions of people from all over the world are enticed by cruise, glass-bottom dinghy and yacht trips – as well as scuba diving and snorkelling opportunities – around the reef. While Australia’s thriving tourism industry creates massive employment opportunities, generates billions of dollars annually, and brings unforgettable joy to visitors, it also creates some problems.

For some years now, people have been raising concerns about excessive tourism affecting the Great Barrier Reef. Some of the issues they note are: 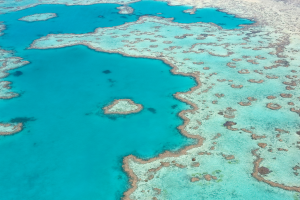 Luckily, the dream of sustainable tourism is taken seriously and fought for in Australia. When the reef was facing imminent destruction in the 1960s-70s, a grassroots movement of tens of thousands of everyday Australians, lawyers, scientists, and campaigners grew to defend it. Again and again, the Australian people have demonstrated the popularity of – and their determination to protect – their iconic marine wildlife, e.g. with the hugely successful ‘Stop Adani Roadshow’ (against the corporation which opened a costly and damaging coal mine in Queensland). However, we shouldn’t leave the advocacy to the Australians. Coral reefs all around the world are in danger, and you don’t have to visit one or live near the ocean to appreciate what they do for humanity by acting as a carbon sink, a protector of coastlines against storms and erosion, and as a source of food, new medicines and income. Small actions do help! Watch videos, educate yourself on how to be a responsible tourist and citizen. Research your hotel or employer’s eco-policies (many coastal hotels dump their wastewater into the ocean, contributing to sedimentation and contamination). Don’t touch living coral. Don’t pick up wildlife for souvenirs. Don’t litter. Don’t buy single-use plastics or use a car where avoidable. Be a positive and enthusiastic voice which amplifies the amazing work of reef guardians and those working in the sector to ensure its sustainability and beauty for generations to come.